Our Take on Alibaba’s Singles Day – World’s Largest Online Shopping Festival. A Barometer of Chinese Retail Demand, 2022 Edition Was The Most Challenging in Many Ways.

Singles Day, held each year on November 11 and originally intended to celebrate single people, is now counted as the biggest shopping festival in the world with great deals offered. It began its journey as an event where single students at China’s Nanjing University chose November 11 to celebrate their status rather than lament not having a partner. From there, Singles day has grown into a massive unofficial holiday where not just singles but people across China indulge themselves in nice dinners and purchase products they usually wouldn’t buy for themselves. It is now officially the world’s biggest shopping event and had a gross merchandise value of RMB 952 billion ($84.54 billion) last year. Initially a one-day sale, the event now happens across phases. Pre-sale starts from October 24, when consumers can add items to their carts. November 1 to November 3 is the first phase of testing and adjustments, and finally, the Big Day Sale happens on November 11. Singles Day also sees the deployment of unique marketing strategies. In the past, celebrities like David Beckham, Taylor Swift, and other K-pop bands collaborated with Alibaba to attract more global audiences for the event. You can find our reports on past Singles Day here.

This year, Singles Day featured 290,000 brands from over 90 countries and regions across 7,000 product categories. Many watched this year’s event to see if the sales could hit RMB 1 trillion. But in a mood reflective of the muted economic situation, Alibaba has withheld the sales results for the first time in history. In its official statement Saturday, Alibaba said results for this year’s event were “in line with last year’s… despite macro challenges and COVID-related impact,” without going into any details. While the sales results aren’t officially published, Chinese media outlet Yicai has some data from Xingyun Data showing the overall sales across all platforms during this year’s Singles Day.

Given the economic downturn and COVID impact scenario, let us look at some of the lowlights and highlights of this year’s edition. Let us start with lowlights, saving the best for last.

While the actual sales figures have yet to be released, Alibaba has mentioned that the sales are in line with last year’s, which should be in tune with $84 billion. This is the first time in Alibaba’s history that sales have yet to see growth. While COVID has more or less peaked out, the effects of the pandemic remain. There are other reasons for the stagnation of growth, like inflation-driven economic downturn and overall mood of uncertainty, not a time when most folks would think of splurging on shopping. China’s zero-Covid policies and growing fears are also impacting consumer sentiment.

Even though the Chinese economy grew by a decent 3.9% in the third quarter, the recovery has been mixed. Expectations for this year’s sales were not buoyant, to begin with – as per a survey conducted before the Singles Day, nearly 40 percent of respondents said their budgets for this year’s online shopping festival are down 30 percent and that they wanted to save more because they are worried about the economy, including inflation and the job market. This led to the trend of consumers replacing the more expensive foreign brands with more affordable domestic ones to cut spending. People were also saving more as compared to earlier owing to the climate of job uncertainties. Overall, the business sentiment remained muted, with the service sector feeling the maximum impact of the COVID pandemic.

A lot has changed since Singles Day began its life; now, there is a lot more competition as it enters its 14th year. Consumer shopping budgets are now spread across the year on many different events. Douyin, Tik Tok’s sister app, has its own online event that happens in January and August. Kuaishou, a video platform, has another event that takes place in June. This is putting a lot of pressure on retailers to grow their sales.

In 2021, China’s most famous Internet celebrities sold about US$1 billion of products in a 14-hour Livestream as part of Singles’ Day. But this year, many renowned Livestream stars found themselves caught up in President Xi Jinping’s crackdown on celebrities. Under the new government regulations, there is now heightened scrutiny of internet firms. This has dulled the excitement of the event dubbed as Shoppertainment. Livestream shopping has become a big part of people’s lives in China. People buy products on social media platforms while interacting directly with broadcast hosts. But its growth is now in direct conflict with the government’s agenda to preserve Chinese culture and rein in celebrity influence. All of this has hurt sales growth and momentum for such events.

The overall bleak sentiment has also played into the labor as the manufacturing, and non-manufacturing employment indices have fallen significantly. The slumping labor market has put downward pressure on the consumption recovery, which is now leading to lost income and increased precautionary savings. A Bain & Co survey around the sales period found that only 24 percent of respondents planned to spend more this year. Another report from U.S. firm Yipit Data showed that transactions on Alibaba’s Tmall during the Oct. 24-31 presales period were flat from last year. For the government, it has become paramount to bring back consumer confidence so as not to hurt consumption. All of this has resulted in a weakened demand for Singles Day.

While the growth has indeed stagnated, there are still reasons to cheer for the biggest shopping extravaganza on the planet. Let’s look at some of the Event Highlights.

This time, Alibaba partnered with international retailers to bring them on board for Singles Day. Even retailers like JD.com tasted success with cross-border commerce on JD Singles’ Day “Peak 28 Hours,” which started at 8 p.m. on Nov. 10. Some of the sale highlights were;

While the loosening of the COVID restrictions has dampened cross-border commerce to some extent, the fact that restrictions have yet to be removed altogether makes this a lucrative and convenient channel for Chinese consumers seeking to acquire foreign brands.

Even though Livestreaming as a channel took a bit of a hit due to the government’s crackdown on influencers, it still remained dominant, reaching nearly 300 million consumers. Over the Singles Day sales event, 62 influencer and retailer-run Livestream channels reached $14.2 million in sales, and another 632 crossed the $1.4 million mark. Livestreaming has become a way of life for the general Chinese consumer and still offers a very lucrative opportunity for retailers to establish connections and push sales. For instance, over 100,000 events featuring local product were hosted on Taobao Live, broadcast by rural live streamers. This helped Taobao double the GMV of over 46,000 SKUs during the Singles Day sales period..

Over the two weeks of Singles Day, nearly 2 million parcels were delivered by 700 automated guided vehicles (AMV) – Xiaomanlv’s delivery robot. This is a 100 percent growth as compared to the numbers from 2021. Alibaba’s delivery robot Xiaomanlv has the capacity to travel 100 kilometers on a single charge with a carrying capacity of 50 packages. It drastically reduces manual labor by being able to navigate autonomously 99.9% of the time. Events like Singles Day enable innovation in delivery tech and logistics as high commerce generates tremendous packaging volumes. Only last year, China became the first country in the world to deliver 1 billion packages, and Alibaba’s logistics arm did close to 120 million packages on this Singles Day. The cause of sustainability is not lost in the middle of all this. Cainiao, Alibaba’s logistics network, recycled nearly 4 million carton parcel boxes in the period Nov. 1-11.

This year’s Singles Day witnessed improved high-performance computing efficiency, more efficient energy consumption, and innovative technology on its platforms to offer shoppers delightful shopping experiences. In fact, Alibaba Cloud is one of the most popular cloud computing players competing with giants like Amazon and Microsoft. In the 2021 Gartner report, Alibaba is ranked as the third largest Infrastructure-as-a-Service (IaaS) provider globally and the biggest in Asia Pacific by revenue. The idea of clean and sustainable energy wasn’t lost either, as Alibaba leveraged its Cloud’s five hyper-scale data centers across China to double the amount of clean energy used to support this year’s Singles Day compared to last year.

#5 Shift from Excessive Consumption to Sustainability

Alibaba’s Singles Day Sales stood at $76.1 billion in 2021, but this year’s figures have yet to be revealed publicly. Regarding the communications from the platform companies around Singles Day, there is a clear shift moving away from excessive consumption towards sustainability and collective prosperity. This trend has been there for the last few years and has reached its peak this year with President Xi Jinping’s ongoing drive to curb the influence of big tech and business monopolies. In fact, since 2021, Alibaba has formally promoted the idea of “sustainable development” and “inclusiveness.” While live streaming and deep discount still played a significant role, there was an equal emphasis on encouraging “eco-friendly consumption” and “supporting vulnerable populations.” Last year Alibaba pledged to invest $16 billion by 2025 in support of “common prosperity.” The same year, it launched a version of its Taobao e-commerce platform solely designed for senior citizens.

Even though Alibaba is expected to post flat to meager growth in takings from 2022’s event, the size, and scale to which this event has reached genuinely showcase the power of global marketplaces. Alibaba is a true marketplace as it doesn’t have first-party items like Amazon. The marketplace model has proven to be a scalable profit engine when smartly built and launched. By partnering with McFadyen Digital and leveraging the power of modern platforms, it is possible to add a marketplace to any e-commerce platform or quickly start a new property. Whether you want to expand product selection rapidly, layer on a service component to your offering, or avoid channel conflict while selling directly, please reach out to us at info@mcfadyen.com to learn more about how the marketplace model can add value to your business. 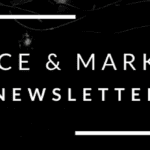