Alibaba’s Singles Day beat its own record of sales by surpassing $74 billion in the recently concluded online shopping mega-fest.

Singles Day, held each Nov 11 and originally intended to celebrate single people, is now mostly known as a major shopping holiday famous for the great deals offered. It began its journey as an event where single students at China’s Nanjing University chose November 11 to celebrate their status, rather than bemoan not having a partner. From there, Singles day has grown into a massive unofficial holiday where not just singles, but people across China indulge themselves to nice dinners and purchase products they usually wouldn’t buy for themselves.

Alibaba adopted a strategy like that of Amazon which is to expand the sale. It said it said in a statement that sales “indicate strong consumption rebound and higher-than-ever demand in China.” This was the first year that the sale was spread over multiple days, rather than just on November 11.

Alibaba also officially declared that Chinese economy has bounced back to pre-pandemic levels, referring to the 17% growth year over year of ecommerce in China.

More than 800 million customers and 250,000 brands took part in the Singles Day.

Alibaba almost doubled sales from last year’s record of more than $35.8 billion despite the pandemic

Sales were at a high right from the start with increasing interest from consumers in the foreign brands. Nike was able to pass $15 millions sales in just over a minute as per Alibaba.

There was also increased interest in over 200 luxury brands on sale including Prada, Balenciaga, and Cartier.

Such is the size and scale of Alibaba’s Singles Day that many were looking at the success of this event to gauge China’s post COVID recovery. This event offers a glimpse of consumer appetites in the world’s second-largest economy, which is recovering strongly from the coronavirus pandemic. Looking at the sales its evident that event has been a total blockbuster. Overall Chinese consumers spent over $100 billion if we consider the sales of all major online retailers which is a good indicator of recovery on the back of the pandemic. From Nov. 1 to Nov. 11, shoppers spent $75 billion on Taobao and Tmall, the e-commerce platforms operated by Alibaba. The final sales figure exceeded last year’s $38.4 billion over 24 hours, after Alibaba decided to extend its sales period this year for the first time as it sought to help boost sales for merchants affected by the COVID pandemic.

The rival platform JD.com ran its own Singles Day sales through it raked up over $40 billion.

Due to the pandemic restrictions many Chinese couldn’t travel overseas, this has also led to growth stimulation and increased online consumption.

Amazon also had delayed their Prime day event to Oct closer to the US holiday season and came out with impressive sales figures setting new milestones although growth rate compared to last year wasn’t that encouraging.

So overall both Amazon and Alibaba deployed their own strategies to mitigate pandemic slowdown risk. While Amazon delayed their Prime event to closer to the holiday season, Alibaba extended their event over 11 days to help its merchant battling pandemic blues.

TREND OF THE YEAR – LIVESTREAMING

While Livestreaming has been a part of Chinese ecommerce, it really took off in a big way during the global lockdown. Shoppers tuned in thousands to watch influencers peddle a variety of products from cars to mangoes and scored huge discounts during the live stream. One category that grew on the back of travel restrictions was foreign luxury goods, as this is something consumers purchase when they travel abroad. Luxury brands were heavily active and involved in this Singles Day. On the other hand, there was also a growing category of consumers who bought local and domestic brands, this reflects the trend of consumers growing cost conscious post the COVID pandemic. For example, a shopper may find a iPhone too expensive and might invest in a Huawei or Xiaomi which offers similar performance and design at an attractive price point which helps the local economy more.

When it came to glitz there was absolutely no shortage here. While it was Taylor Swift last year, Katy Perry made an appearance at company’s gala event through livestream due to the ongoing travel restrictions. She has been part of the Singles Day event before.

Apart from offering straightforward discounts, the event allowed shopper across all of Alibaba’s platforms to engage in mobile games for deals, combine purchases across shops and place pre orders to get best offers. Over 340 firms including the likes of Apple, L’Oreal SA and Huawei Technologies exceeded over $20 million in sales.

ANTITRUST LAW AHEAD OF THE SINGLES DAY

While this years Singles Day set many new sales record and was run for an extended period it was also marked by events that led to fall in the stock prices of all major online retailers. Beijing market regulators have proposed new guidelines to limit the influence of leading Chinese internet firms as they have penetrated every aspect of Chinese life. The key practices the new guidelines target include requirements that vendors operate on one company’s platforms exclusively and offering different prices to different customers based on their buying history. In the past two days Alibaba’s Hong Kong-listed shares fell more than 14% while smaller rival JD.com dropped 17% on the back of this development. China is focussed on restoring order in its massively growing internet industry by bringing in more state oversight.

One of the major fallouts of this for Alibaba was stalling of Ants colossal IPO, the upcoming changes in the fintech regulatory environment meant that Alibaba may not meet the upcoming norms. Ant Group is an affiliate company of the Chinese Alibaba Group and is the world’s highest-valued FinTech company, and most valuable unicorn company. As per the sources from Wall Street Journal China’s President Xi Jinping personally decided to halt the Ant Group’s $37-billion initial public offering. He has asked Chinese regulators to investigate and effectively shut down Ant’s stock market flotation.

This is very similar to the heat the big digital marketplaces companies like Amazon and Walmart are facing in the US on account of antitrust laws.

MORE POWER TO THE MARKETPLACE MODEL

The success of the Singles Day event truly showcases the power of global marketplaces. The fact that Jack Ma’s team went from zero to $48 billion with an invented event is a testimony to the power of marketplace model. Alibaba is a true marketplace as it doesn’t have first party items like Amazon.

This is what Alibaba cofounder and Executive Vice Chairman Joe Tsai on how Singles Day is a sign of where commerce is going.

“Businesses will have to deal with what happens when nobody comes into stores. I don’t think things will return to the normal brick and mortar world.”

The marketplace model has proven to be a scalable profit engine when smartly built and launched. By partnering with McFadyen Digital and leveraging the power of modern platforms, it is possible to add a marketplace to any ecommerce platform or quickly start a new property. Whether you want to rapidly expand product selection, layer on a services component to your offering, or avoid channel conflict while selling directly, please reach out to us at info@mcfadyen.com to learn more about how the marketplace model can add value to your business. 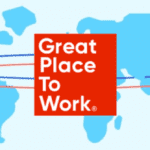 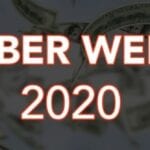