While the final sales numbers have yet to be released, the 60% confirmed increase in third-party seller revenue, to $3.5B, indicates that this year’s event will continue the strong year-on-year growth we’ve come to expect. Big sales events such as Prime Day can serve as important indicators of consumer confidence at a time when traditional retail has been disrupted. Let’s take a closer look at the performance of third-party sellers, shifts in buying behavior due to the global pandemic, Amazon vs competition, impact of Prime Day on rest of the holiday shopping season, and some trends based on the early available data.

“We are thrilled that Prime Day was a record-breaking event for small and medium businesses worldwide, with sales surpassing $3.5 billion—an increase of nearly 60% from last year,” said Jeff Wilke, CEO Worldwide Consumer.

Marketplace sales for third party sellers touched a record $3.5 B this year, a record of sorts with increase of nearly 60% compared with last year. While the full sales figures aren’t known yet, the third-party sellers’ Prime Day sales grew at a greater rate than Amazon’s retail business. Third-party sellers flexed their growing clout and accounted for about 58% of the company’s total merchandise sold. It was a big win for the small and midsize businesses that make up significant size of the third-party sellers.  This is in line with Amazon’s own plans to help SMB’s succeed in its store with an investment of $18 billion, they even funded a promotion targeted at SMBs that drove sales in excess of $900 million in weeks leading up to the Prime Day.

On the consumer side, Prime members all over the world saved over $1.4 billion by way of deep discounts kick starting their holiday season. Prime members earned millions of dollars in Amazon.com credits from this year’s “Spend $10, Get $10” Prime Day promotion. This offer could be availed while shopping Whole Foods Market, Amazon Fresh, Amazon Go, Amazon Go Grocery, Amazon Books, Amazon Pop Up, and Amazon 4-star stores.

Shifts in Buying Behavior Due to Global Pandemic

Numerator, a Market Intelligence company published Amazon Prime Tracker which included panels of 43,000 observed Amazon orders and survey of 5000 shoppers. The key metrics they tracked show that shoppers spent less this year compared to last even if they cumulatively saved over $1.4 billion in discounts. Here are some of the key metrics. When it came to top products, Amazon’s own brands won big. Echo Dot 3rd Gen, Gift Card Reload, and Amazon Smart Plug were the top three products. Data also shows that in the backdrop of global pandemic there was a significant increase in the household essential purchases. Even though electronics dominated at 32% of items sold, Household Essentials, Health & Beauty were in the 21-22% range. There is not much data available to suggest that Prime Day sales saw a surge in household essentials as the pandemic has peaked and there is a sense of normalcy as compared to the initial panic and uncertainty. Even with pandemic in the background the sales overall have been impressive, and it has kickstarted the holiday season earlier for other big retailers. As a result of the Prime Day sales other retailers saw an increase of 50% due to the influx of deal-seeking shoppers.

While Prime Day is over, the other big retailers are still running their competing campaigns. Walmart “The Big Save” sale, retail giants own deals holiday to rival Amazon’s Prime Day from Oct 11 – 15 to offer some great deals. The whole idea was to start two full days before and lasting one day longer than Amazons Prime Day shopping extravaganza. Target also ran its Deal Days on Oct 13th and 14th to counter Amazon. The key value proposition of the Deal Day was that it offers Black Friday-like pricing throughout the month of November, provide one million more deals as compared to last year and extend its Price Match Guarantee. Overall, it’s a great time for the consumers with all the big retailers trying to lure them with deals. Amazon Prime has a positive rub on effect on other retailers that is boosting the consumer confidence and driving spends at a time when there is uncertainty and people are beginning to grapple with the long term consequences of COVID pandemic.

While the numbers are still pouring in, early estimates suggest that Amazon would have generated anything between $7- 10 billion through Prime Day sales. The consumer confidence based on the sales data shows that consumer confidence is still high even in the face of the pandemic and the holiday season is just getting started. Data shows that there has been a high level of purchase for the Amazon gift cards which means they will return in coming months to redeem them. This is a great news for the retailers/ brands as can expect a lot more sales to come over the Black Friday/ Cyber Monday shopping weekend going into December. Even with pandemic situation in the background, the Prime Day sales have been impressive creating some new milestones. Many SMB brands have been able to triple their sales. There has been a slight increase in the sales of household essentials on account of the global pandemic. Amazon pushing the Prime Day to Oct has meant that Holiday season has kicked off early and all the big retail brands timed their Shopping Deal days around that.  Survey data from Numerator shows tells us that 80% of Prime Day shoppers anticipate shopping on Black Friday, 88% on Cyber Monday and a whooping 90% say they will return to Amazon again before the start of holidays.

In part two of this blog, we will have more refined and accurate data to gauge the overall success of Prime Day 2020 and the first major early-indicator of consumer confidence heading into this unusual holiday season. Stay tuned… 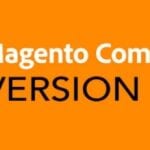 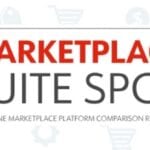