This week the Fortune 500 promoted Amazon from #5 to #2, behind #1 Walmart. Both operate successful eCommerce marketplaces that drive billions of dollars of revenue.

The platform economy works for these industry giants, for unicorns like Uber, AirBnB, Instacart & DoorDash, and for new marketplace startups.

Note that Amazon has roughly ten times Walmart’s number of marketplace third party sellers which drives ten times the product catalog size and subsequently ten times the eCommerce revenue. Although Amazon has been in business for less than half the number of years of Walmart, Amazon’s market cap is triple Walmart’s.

Walmart’s 6 decade legacy is in retail but they’re transforming with their marketplace (including the acquisition and recent absorption of Jet.com). Most of Amazon’s 2.5 decades have been focused on their platform businesses (marketplace & AWS). Note the ratios of employees to third-party sellers, and the corresponding catalog sizes and eCommerce revenue. This “outsourcing” is one of the drivers of marketplace scale and margin. It also drives the incredible 21% revenue growth at a company already selling a quarter trillion dollars annually.

However, Walmart is catching up with 37% annual eCommerce growth in 2019. From Feb to Apr 2020 COVID-19 pandemic buying increased Walmart.com web traffic by 55%, compared to just 15% for Amazon.com. Walmart also added 50% more 3P sellers in April than average months. Walmart’s $3 billion acquisition of the Jet.com marketplace in 2016 accelerated Walmart’s digital growth transformation. Of course Walmart’s 4,600 US retail stores serve as forward-deployed inventory for an even faster alternative to Amazon’s Prime delivery (same day, next day or two day).

Of course the Amazon marketplace also has grown a defensible “moat” with their Fulfilled By Amazon (FBA), Prime membership, digital content (music, movies), Alexa, and other differentiators. They also have many new offerings like AWS, Amazon B2B, Amazon Advertising which have grown within a few years from zero to over ten billion dollars annual revenue each. 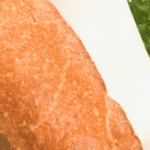 Online Grocery for the Next Normal 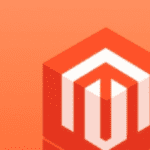 Marketplace Sales Drive Prime Day 2022 Past $12B (With Infographic)