Amazon sold more than 175 million items during Prime Day 2019, compared to 100 million items last year. The event expanded from 36 hours to 48 hours this year, a 33.3% increase – but the number of items sold increased 75%. Looks like the extra prime day hours gave an extra boost to transaction volume.

This was also a global event happening in 18 countries simultaneously. The number of people who shopped during this time has doubled as compared to the very first Prime Day 5 years ago. While the dollar value isn’t disclosed Amazon is said to have sold over 100,000 laptops, 200,000 televisions, 300,000 headphones, 350,000 luxury beauty products and more than one million toys on Amazon US.

The first Prime Day happened on July 15, 2015 to commemorate website 20th Anniversary and it has been growing in size and scale each year. The Prime Day event features a large number of sales and promotions that are exclusively available to Amazon Prime subscribers. What is also interesting is that there is a 29% increase in the number of retailers offering there sales on Prime Day. This year saw a record 250 retailers competing with Amazon for their Prime Day sales.
With the Prime Day behind and the dust settling down, we at McFadyen thought of looking at some key highlights of this year’s edition and maybe there is something retailers and ecommerce players could absorb from this. So here goes.

1. The Amazon juggernaut is unstoppable – As expected the size and scale is only growing bigger each year, which is good ultimately as it has a rub on effect on the entire eco system. Estimates say that Amazon hit a global sale of over 7.16 billion over the 48 hour period. That’s a clear 71% jump from the 36 hour sale event last year. Also this year 175 million products were sold as compared to 100 million products last year. 2. Prime Day is just behind Cyber Monday – Well officially now Prime Day sale is just behind Cyber Monday sale of 2018 and has surpassed online sales on Black Friday 2018 (the Friday after Thanksgiving). So the question now is – Will Prime Day sales affect Cyber 5 2019 sales? There is lack of data to suggest that. One way to look at it would be that bulk of Prime Day shopping is consumers purchasing goods for themselves rather than holiday gifts. Here’s where Prime Day stacks against the largest U.S. shopping holidays.

3. Focus on Amazon products – This time around the Prime Day was dramatically focused on products that were either Amazon owned or sourced through a first party sales while the preceding years the focus was more on introducing other brands but that now has changed. For instance this Prime Day top-selling products worldwide were Amazon’s Echo Dot and Fire TV Sticks. The sales from Amazon own and first party stood at around $ 5billion, the rest coming in from Marketplace.

4. Marketplaces gained as well – While Amazon did focus on their products and services, the marketplace made good monies as well. The Marketplaces made over $2 billion from the Prime Day sales as per Amazon. That’s a significant 100% increase from $1 billion from the last year. As per estimates the share of marketplace sales accounts for about a third of the Prime Day sales. This changes dramatically though when we account for total merchandise sale on Amazon where marketplace takes a sizeable share of over 58%.

5. No tech glitches – This year’s event was relatively trouble free when it came to tech. There weren’t any widespread technical glitches like the one that happened last year. Although there are reports that on the first day of the sale, there were some customer who complained of not being able to add items to their cart. And also there were minor vents on social media from customer’s who were upset with the shipping delays. Otherwise mostly the Prime Day was a smooth event.

6. Biggest sellers – While Amazon focused more on their own products and the ones sourced from first parties, top-selling Prime Day items worldwide were the Echo Dot, the Fire TV Stick with Alexa Voice Remote and the Fire TV Stick 4K with Alexa Voice Remote. In the U.S., the top sellers were the LifeStraw Personal Water Filter, Instant Pot DUO60 and 23andMe Health + Ancestry DNA-testing kits as per Amazon. Prime Day always sees an uptick in signups for Amazon Prime Loyalty program and this year was no exception and although exact figures aren’t available, the sign ups this year were obviously much more compared to last year.

7. Competition played well – While each year the number of retailers are growing when it comes to players fighting on the same space and time which is Prime Day this year a notable mention must be made of Walmart and Target. While they have been challenging Prime Day each year from its inception this year they had a strong strategy in place and executed well on it. They really hit upon Amazon’s weaknesses in their messaging which was to suggest that there sale is for everyone not just ones with premium memberships. Target’s line was “No membership required” while Walmart’s was “Exclusive for Everyone”.

8. Everyone benefitted – Such is the scale and might of Prime Day, now it’s considered as a significant marketing opportunity for other retailers too. Google Shopping, eBay, Target, Walmart, Macy’s and other major players all ran special promotions to coincide with Amazon Prime Day. According to data from Adobe Analytics large retailers had a 68% increase in their online sales on the Amazon Prime Sale dates (15th & 16th). Apparently July 16 also became the fourth day ever—outside of the holiday season—to surpass $2 billion in U.S. online sales. Off course with deals a plenty everywhere the big winner was the customer.

9. New product launches – This year at Prime Day sale Amazon along with Lady Gaga launched a beauty line called Haus Laboratories. Off course was heavily promoted by Amazon’s marketing engine as a result Haus Lab’s first product became the 58th best seller in the Beauty and Personal Care category which is no mean feat given the fact that this category includes tens and millions of products. And this particular example truly showcases power of Prime Day to kick start new products. We are likely to see many more brands using Prime Day as a vehicle to lunch their products.

10. Core marketing strategy – The whole Amazon strategy for the Prime Day has been around FOMO (Fear of Missing Out). They have smartly played this card through marketing campaigns. A Taylor Swift concert, a line of beauty product from Lady Gaga and a surge of exclusive deals is meant to create the aura of exclusivity at the same time making people feel good about being members. And through the Prime Day this FOMO gives the members a sense of urgency. It’s not just about what you didn’t get but also about what someone got.

Amazon continues to break new barriers each time be it the total sales or reach and this year’s Prime Day was no different. Prime Day has become a major summer shopping holiday. While Amazon is devising new ways to take on the competition such events are helping the entire eco system to grow and mature. And in the middle of all this the customer is the biggest winner.

McFadyen Digital has helped some of the world’s largest brands deliver innovative Ecommerce and online marketplace solutions to their customers for over the past thirty years. Please contact us at info@mcfadyen.com if you’d like to have a conversation about taking your own digital commerce experience to the next level. 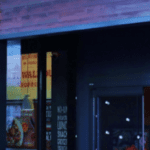 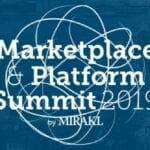 Marketplace and Platform Summit 2019 Recap: The Reality of the Marketplace Economy