In March 2018, Toys “R” Us announced that it was closing its doors after 70 years in business and today they officially ended online sales. It marks the end of an iconic brand that sold toys, bikes, video games and birthday presents to millions of American kids. The company will shut or sell all of its 735 stores in the United States, laying off about 31,000 workers in the United States.

How Did We Get Here?

In September of last year, Toys “R” Us filed for bankruptcy, hoping to reorganize and reinvest in its retail operations. The cold, hard truth was that the company had not made a full-year profit since 2012 and had lost $2.5 billion since then. Sales were in a downward spiral, owing to a skewed focus on “brick and mortar” store sales and traditional advertising models.

Even the 2005 takeover by private equity giants KKR, Bain Capital and real estate investment company Vornado had not helped. Together they paid $6.6 billion to bail out the giant, but ended up saddling the company with $5.3 billion in debt. The approximately $400 million per year just to service their debt was too much to overcome with a deeply engrained non-competitive retail strategy.

Toys “R” Us’ true death knell came when the first 9 months of 2017 produced a loss of $953 million, leading to the declaration of bankruptcy. The emergence plan was then permanently scuttled due to weaker-than-expected Holiday  2017 sales.

A Zombie in the Retail Apocalypse?

So, was Toys “R” Us the latest victim of the Retail Apocalypse?

The retail apocalypse refers to the closing of several North American retail stores that began in the 2015 and is expected to peak in 2018. It is considered a domino effect of the Great Recession of 2008. According to Wikipedia, over 12,000 physical stores have been affected from over-expansion of malls, rising rents, bankruptcies of leveraged buyouts, quarterly profits beyond holiday binge spending, competition and spending habits which have changed. Not to mention, the rise of e-commerce and the juggernaut-like nature of competition from companies such as Amazon and Walmart.

The real truth is closer to what Bloomberg stated as the true cause of the retail apocalypse: “The reason isn’t as simple as Amazon.com Inc. taking market share or twenty-somethings spending more on experiences than things.” The problem clearly lay with the inability of a large organization like Toys “R” Us to adapt to a new model where digital interactions have to be combined with physical retail to create a unified omni-channel experience. This failure-to-adapt seems ironic considering that Toys “R” Us emerged from a wave of innovative category-killers and discount stores that arose in the 1950s and 1960s.

Darryl K. Rigby writing on The Future of Shopping in the Harvard Business Review observed this trend: ‘Every 50 years or so, retailing undergoes this kind of disruption. A century and a half ago, the growth of big cities and the rise of railroad networks made possible the modern department store. The 1960s and 1970s saw the spread of discount chains—Walmart, Kmart, and the like—and, soon after, big-box “category killers” such as Circuit City and Home Depot, all of them undermining or transforming the old-style mall.

Each wave of change doesn’t eliminate what came before it, but it reshapes the landscape and redefines consumer expectations, often beyond recognition. Like most disruptions, digital retail technology got off to a shaky start. A bevy of internet-based retailers in the 1990s—Amazon.com, Pets.com, and pretty much everythingelse.com—embraced what they called online shopping or “electronic commerce”.

Successful retailers learned to embrace the new capabilities of digital, while others did not. The Retail Apocalypse is a test of agility and awareness of the customer. Those with the ability to adapt survive, those who cannot die off. For years now, it appears that Toys “R” Us was a retail zombie…dead but still marching on.

In A Parallel Retail Universe

Let’s imagine a parallel retail universe. One in which Toys “R” Us made the right decisions. A time-space continuum in which its leadership realized that the basic function of a physical location had changed in retail. It would begin with the realization that a Toys “R” Us transaction could now happen at any place, at any time, necessitating a consistent Omni-channel experience. The toy giant could have also taken a cue from the likes of Amazon and Walmart and moved to an Online Marketplace model, something the company was rumoured to be enacting as a core part of its emergence strategy.

In this alternate reality, Toys “R” Us would dramatically adapt to our changing digital times. The marketplace would offer parents and children a first glimpse of the toys. The stores would now feature small playrooms where parents could bring their kids off to test a revolving selection of the latest toys. Within the hour, you would have quicker conversions and with the stores serving as distribution centers, same-day delivery could be arranged at minimal cost.

With the marketplace advantage, Toys “R” Us would now be focused on building relationships and experiences with its core audiences–not solely designed to drive transactions. In that parallel retail universe, Toys “R” Us became a beacon of retail change with its early move to a marketplace model.

Here, Toys “R” Us stores would now be designed to do everything that can’t be done online, such as build relationships, offer service, solve problems, and upsell. The last word on Toys R Us goes to Greg Satell writing in Harvard Business Review who tells us: ‘Value never disappears. It moves to another place’.

For now, Toys “R” Us is moving to the retail graveyard. Will the brand emerge, Sharper Image-style, as an online-only property? Stay tuned… 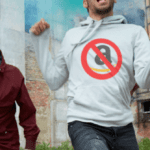 Online Marketplace UI/UX: Striking Back at the Amazon Threat 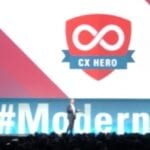