The holiday sales soared way past the National Retail Federation’s forecast of $682 billion, as it prepared for its flagship annual conference, NRF 2018: Retail’s Big Show. If retail is a daily barometer for the nation’s economy, then US Retail is set for a buoyant new year 2018.

Adobe Digital’s “Holiday Predictions” report, which forecasts the 2017 Holiday Season as the first milestone season to cross the $100 Billion mark in online sales in the United States. The report reveals that online sales have grown over 3 years from $82.5B (2015) to $94.4B (2016) to a projected online sales of $107.4B registering a 13% y-o-y growth. So, here are lessons from the 2017 Holiday Season as companies find new ways of doing business to reach out to customers:

Retail Is Transforming Powerfully To Combine Physical and Digital Experiences
Whether it was the Amazon acquisition of Whole Foods ($13.7 Billion) or the Walmart acquisition of online clothes retailer Bonobos ($310 million), retail is bridging the digital divide. According to STORES magazine editor, Susan Reda, retail is reengineering itself, blending physical and digital experiences. Online sellers are to figure out brick-and-mortar retail stores, while traditional retailers are leveraging their stores with an online presence.

McFadyen Takeaway #1: Year 2018 will be the year of online marketplaces that will effectively span the digital divide in the retail industry.

Amazon’s Dominance Is The Market Opportunity You Were Waiting For
Amazon’s sales and operating income report for Q3 2017 revealed its explosive growth results–Net sales of $43.74 billion, up 33.7% from $32.71 billion in Q3 2016. Its Revenue from third-party seller services was $7.93 billion, up 40.4% from $5.65 billion. Today third party sellers account for 44% of all items offered on Amazon worldwide. So, Amazon’s third party sales are growing faster than those of the host site. So to combat the Amazon threat: build your own marketplace, create your own ecosystem and offer your customers a top notch retail experience.

McFadyen Takeaway #2: In 2018, build your own marketplace, become more nimble and flexible, and take advantage of market trends and seasonal opportunities on your terms.

More Than Half The Online Visits To Your Retail Site Are From Mobile Devices
For the first time in retail history, more than half the online visits (54%) to retail sites will come from smartphones and tablets. Between 2015 and 2017, the share of visits by desktop have declined from 55% to 46%. ADI found that 64% of shoppers already have a retail app downloaded on their mobile devices. The reason for this change is that 2017 is the first year in which millennials are overtaking baby boomers as the largest demographic of consumers.

McFadyen Takeaway #3: Make 2018 a ‘Mobile First’ year in which your retail experience begins with the smallest mobile device and scale upwards towards desktop computers

We would like to hear from you on your learnings from the 2017 Holiday Season. Drop us a line on Twitter or below in the comments section and let us know what you think. 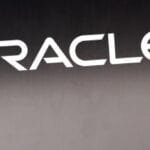 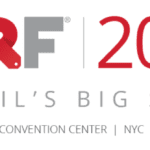